Our favorite customs usually leave us scratching our heads: do we want to stare at them all day, or ride the pants off them? Winston Yeh has a knack for building such bikes.

The latest offering from the Rough Crafts stable is no different. It’s called ‘Rusty Slider,’ and it’s a decidedly leaner take on the Harley XR 1200.

In theory, the XR 1200 had everything going for it when it launched: notably a punchy motor and flat-track styling. Except it was a bit on the porky side, and the looks didn’t quite hit the mark. But that wasn’t a a problem for Winston, who’s whipped the XR into shape like few can.

The idea started when two of Winston’s friends – the proprietors of Taki Design and Provider Production respectively-teamed up with Dickies on a project. Both guys already owned Rough Crafts bikes-so when the owner of Dickies Taiwan crashed his 2010 XR 1200, it was the ideal opportunity to hook him up too.

Winston’s plan was to take the XR back to its flat-track roots, but with a more street-orientated slant. «The old XR 750 racer is simply one of the coolest bikes ever», he says, «so the direction was clear: turn a 2010 XR 1200 into an XR 750-style street tracker!» 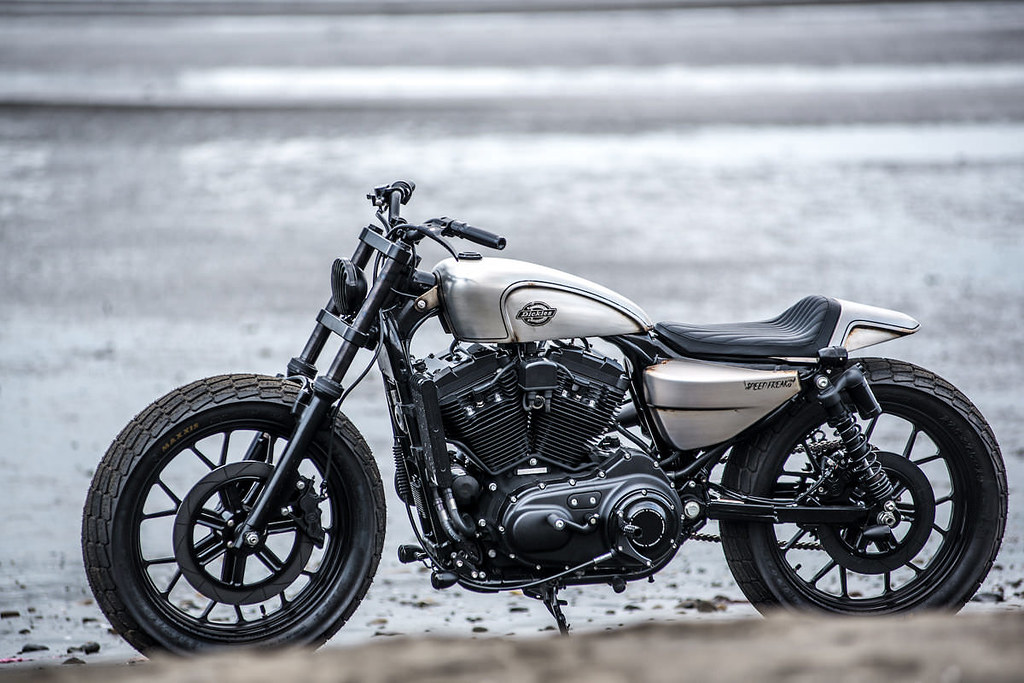 The project ran parallel with Rough Crafts’ ‘Hooligan Tactics’ Sportster Forty-Eight build, so Winston used the Forty-Eight’s forks and swingarm to give the XR a more vintage feel. The forks have been black titanium coated, and are mounted via custom triple trees. A set of Progressive 970 Series shocks are mounted out back.

Winston picked a Sportster tank for the bike; it’s been stretched by almost 2» and narrowed. The tail’s a prototype Rough Crafts part, identical to the one on ‘Hooligan Tactics.’ 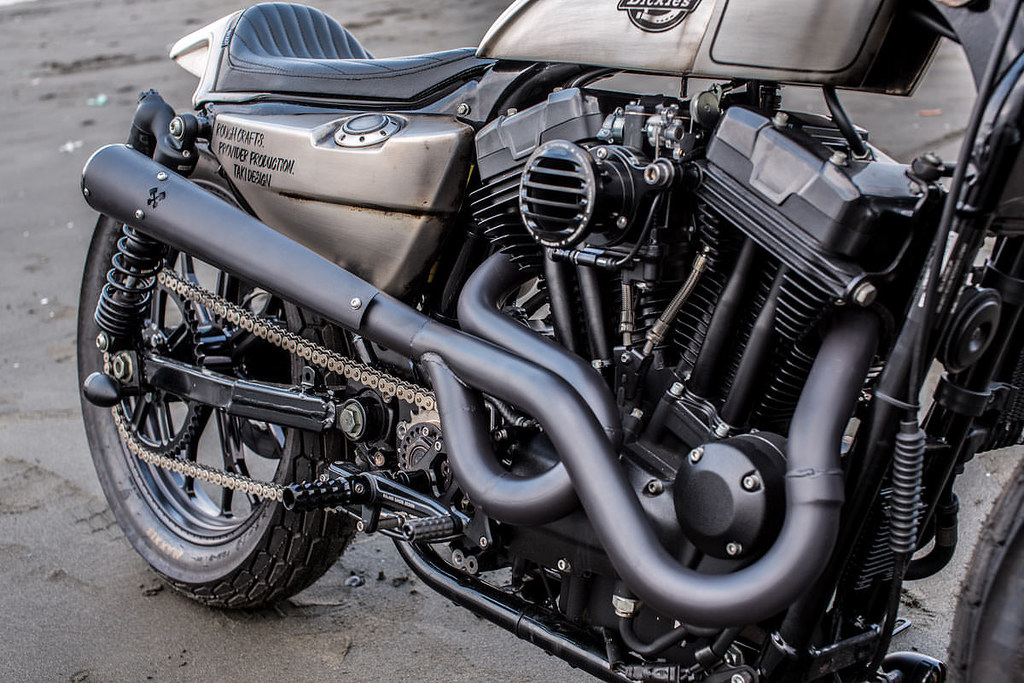 The Harley’s been converted from belt to chain, and it’s no longer fuel injected. «The stock Harley XR 1200 has an EFI system which was a headache for us, «says Winston, «so we changed it to Mikuni HSR42 carbs, running our velocity stacks».

The exhaust system’s a one-off, with an interesting history. Winston tells the story: «The Supertrapp two-into-two tracker pipe has always had a place in my heart. So when one of my friends sold his a couple of years ago I couldn’t help myself, and I bought it for no reason and with no idea what to do with it».

«Now I had the chance, but I couldn’t bring myself to just bolt it on. So I massaged the rear header to turn and join the front header, and made a whole new megaphone and billet end cap».

It’s another outstanding addition to the Rough Crafts portfolio. So, which would you do: ogle it, or ride it? 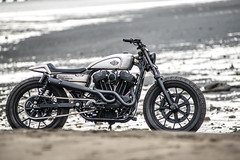 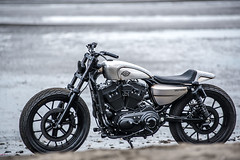 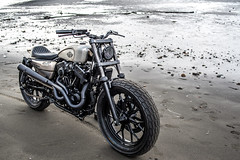 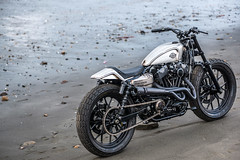 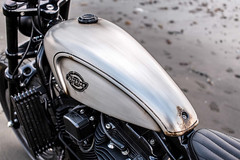 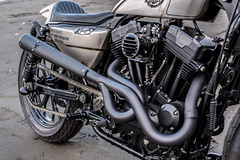 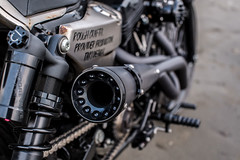 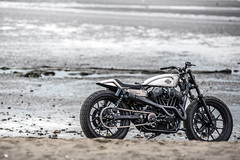 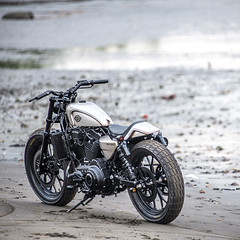