Fusing his Iron Guerilla with his Urban Cavalry, Winston Yeh of Rough Crafts introduces us to his latest beast «Midnight Fury».

We’re no stranger to Winston’s work but despite the familiarity, he never ceases to impress. This build was commissioned by the owner of the Flagship Lifestyle Inc. After seeing Rough Craft’s Urban Cavalry in the flesh last year, he fell in love with it and wanted something similar for himself. Easily done, you’d think? Not when the customer is nearly 2 meters tall! To build a custom bike that wouldn’t be completely dwarfed by its rider, Winston had to pull out all the stops. 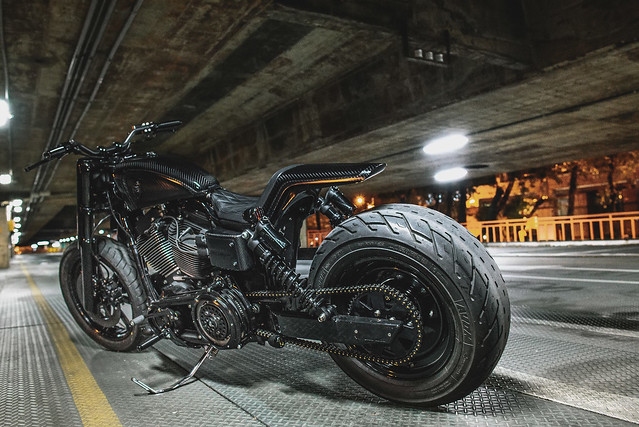 Starting with a 2012 Dyna Super Glide, Winston began to play around with proportions. First, he got in contact with Roaring Toyz who fabricated a brand new swing arm, a full two inches longer and wider than the stock unit, that now accommodates an XXL inspired Avon 230 tire resting upon the Rough Crafts rim. «I wanted to make the bike fit for the owner but still maintaining a good proportion, instead of a super stretched and wide look».The rear might be Avon, but the front Arlen Ness wheel is shod with a Bridgestone T30 unit. 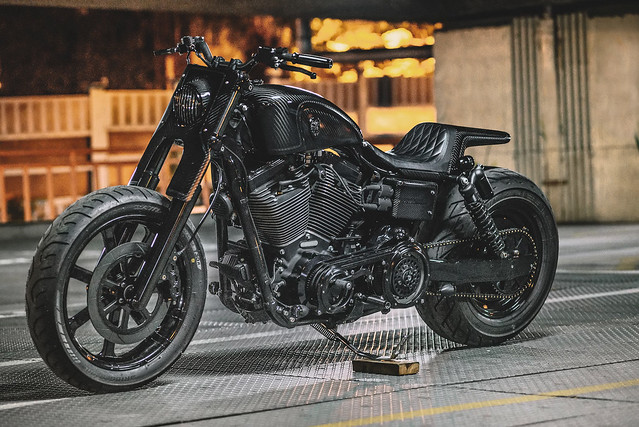 To help re-enforce the XXL theme, Winston opted for a blacker than black aesthetic, using more than just paint to get the idea across. «I want to make an ‘all different kind of black blend’ on the same bike with different depths: carbon fiber black wrapping, paint black, anodized black, black leather, matt black, gloss black, wrinkle black… to create an all-black bike but with the most depth possible».Once again, Winston teamed up with Air Runner to bring the paint vision to life. Once the proportions were settled, Winston decided to fabricate a front «shield» to give the Midnight Fury more of an urban street fighter vibe. 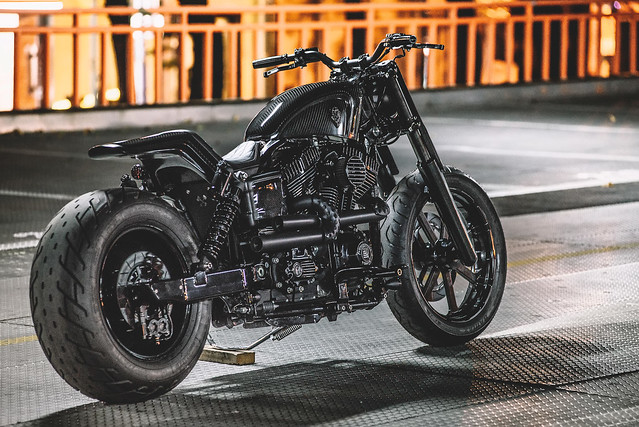 The secret to all Rough Crafts machines lies in their details though, such as the in-house custom built parts including the fighter handlebars, foot controls, headlight, turn signals, risers, rocker covers and exhaust units. If it’s not fabbed in-house, Winston chooses the best aftermarket accessories too, specifically the Progressive Suspension 970 piggyback shocks on the rear, and the Progressive cartridge kit on the shortened front forks, complete with Arlen Ness Hot Legs. 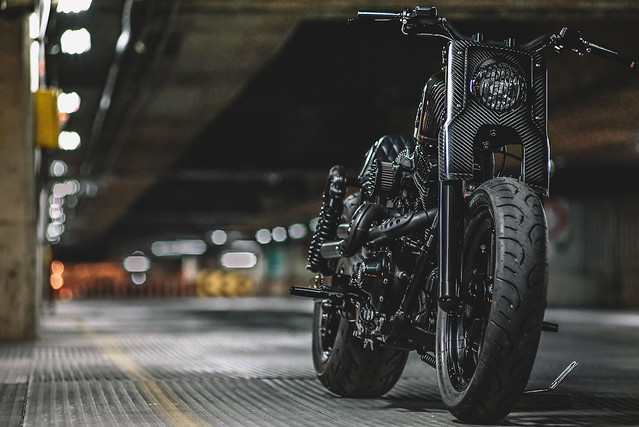 Other inspired parts choices come from ISR, who provided the handlebar controls and the brake calipers – with discs provided by Lyndall Racing, and unique push rod collars and the tank badge from 2 Abnormal Sides.

«Midnight Fury» is indeed a fitting name for this blacker than black behemoth. Once again, Rough Crafts have done it again. We look forward to seeing what Winston can dream up of next! 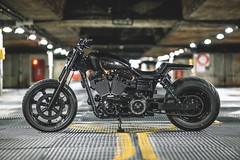 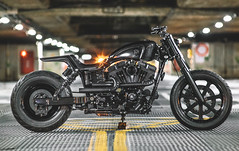 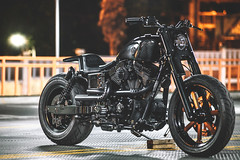 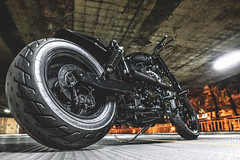 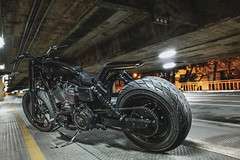 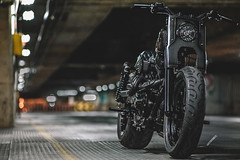 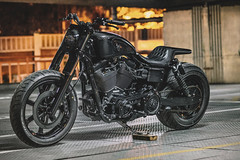 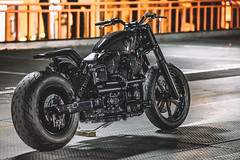 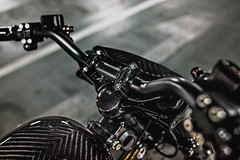 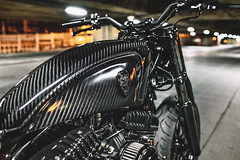 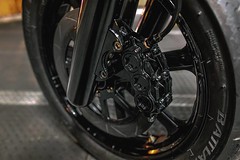 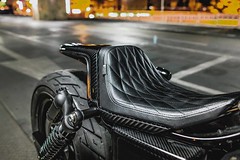 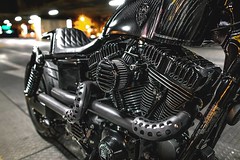 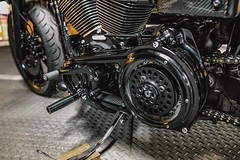 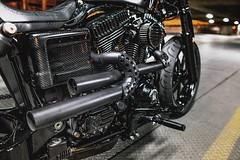 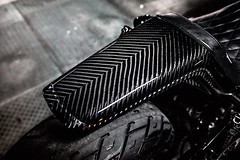 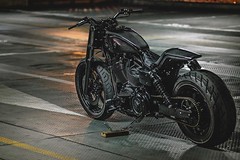 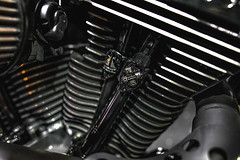